Jaxxon is part Disney part Marvel and ALL Star Wars Expanded Universe. For paretns looking to get their kids into reading Jaxxon is a tremendous early cross over, he first graced the pages of books after the original trilogy and like Han Solo and Chewbacca, he's a smuggler. I'll break down the connection's for you here:

Jaxxon is a male Lepi from a "small" family of 13 based on Cochelle Prime. Stuck for money on repairs Han Solo is kind enough to give the hard on his luck Jaxxon a smuggling job. Late he hooks up with Foxtrain and from there its a series of adventures across the outer rim which doesn't exactly get much publication anywhere in Star Wars.

The Action Figure is Deluxe Class with comic insert in a close box for the 50th Anniversary of Lucan Films and contains all the great detail expected from Star Wars The Black Series.  You can take him home from us here at Keenga Toys whether you want to re-live your early days reading Star Wars Novels - or - help inspire a new generation of minds Jaxxon is a great character to add to your action figure collection. 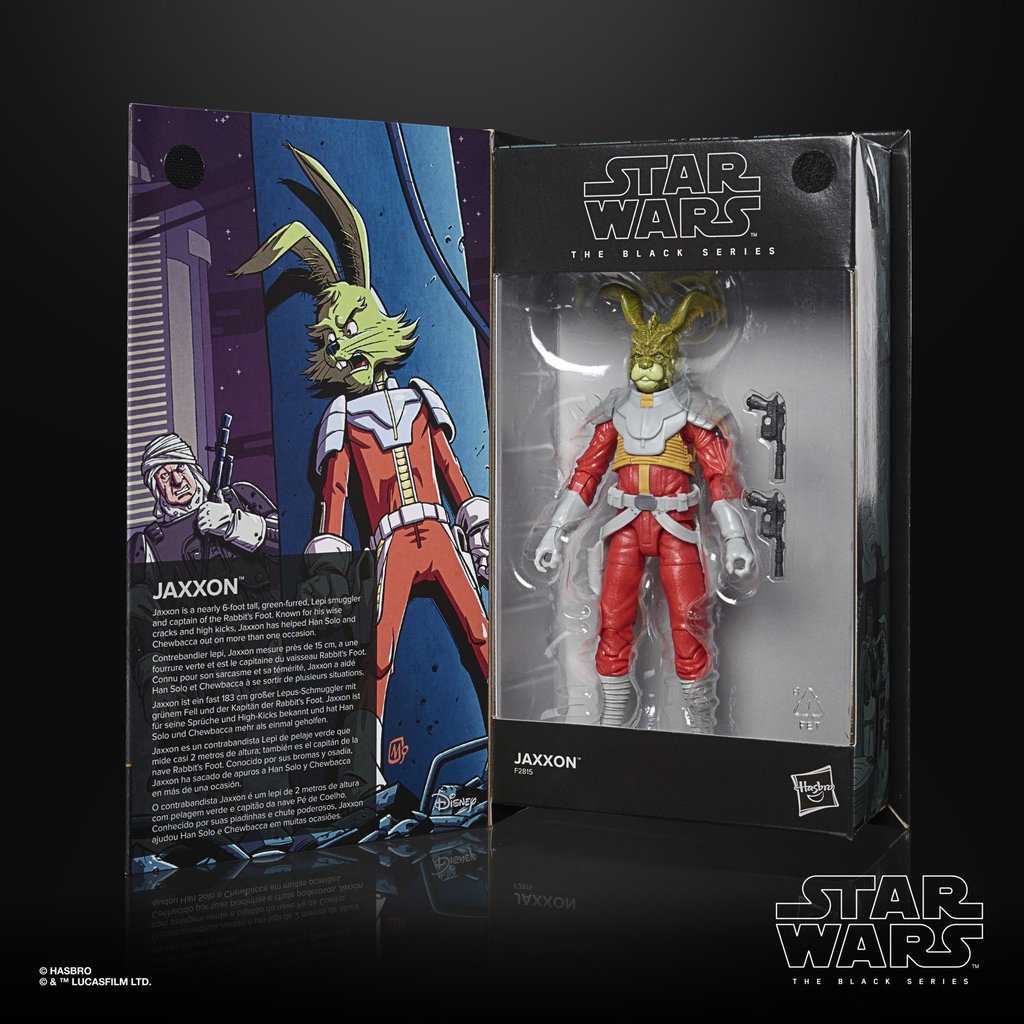 For a Video Review of this check out Fwoosh's YouTube review with a preview of the character: https://youtu.be/wzeftO8tCnY