Go Joe! Sometimes Hasbro does "ok" with Action Figures but the design here is way better than ok it's a home run.  GI Joe "The Real American Hero" gets a modern day action figure face lift.  These figures are highly detailed, multiple 20+ points of articulation, chocked full of accessories, and available at a reasonable price. Wave 1 (here on Thursday shipping out on Friday and Saturday) includes 5 great figures at 6-Inch scale (Snake Eyes, Destro, Duke, Roadblock, and Scarlett).

Snake Eyes is , fun fact, one of the few characters to appear in both the Saturday morning cartoon, each movie, and all comic series related to Joe. He's also getting his own spin off with the upcoming movie Snake Eye here is pretty cool YouTube review where you can also see just how much the action figure looks like the real thing :

Compare the movie character to the action figure pictured below and you'll see just how much coordination Hasbro obviously did to incorporate the new movie view of the classic hero into their action figure.  Plus 7 accessories (WOW!) and the helmet visor make this action figure a central piece in any collection. 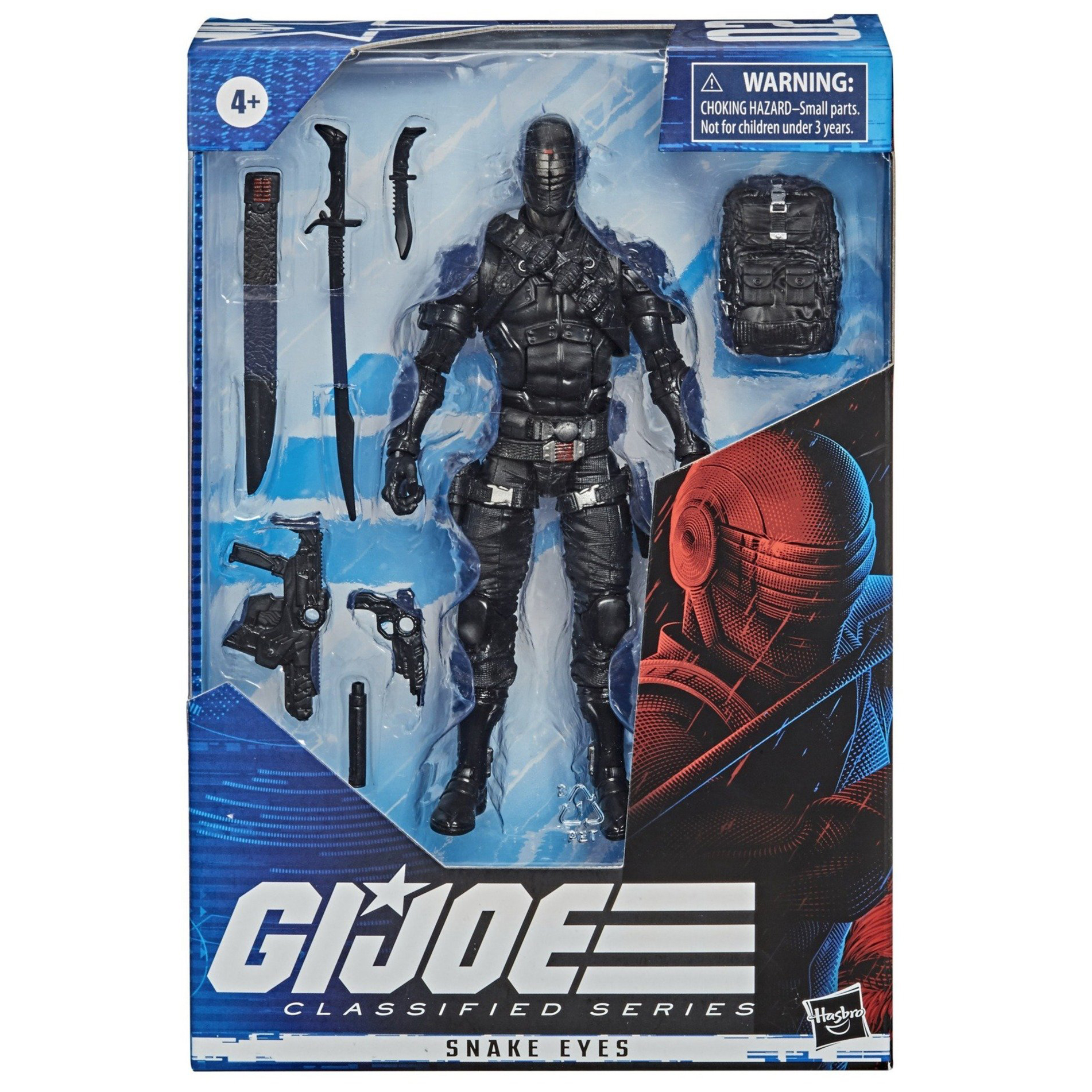 Duke, GI Joe's First Sergeant has a classic comic appeal look in this series. They have not done Duke in this detail before and he comes with some great weapons including an automatic gun he's truly portrayed as "Top" for veterans who enjoy the adventures of GI Joe and youth who grew up idolizing parents who did serve.

Scarlett is scrappy as ever, featuring bright red hair and remains the master of blades. She's risen through the ranks since her debut in 1982 as a buck Sergeant (E-5) before going to E-6 the following year, followed by E-9 , O-1, and 0-6. Whatever "rank" she's been given for different comic series she's remained a love interest of Snake Eyes, knife specialist, and occasional pilot.

Roadblock continues to bring the machine gun hot and heavy into battle. He's got a bit more of a 1984 premiere look than the Dwayne the Rock Johnson look and that seemed "about right" to us given the vintage design was quite frankly a little bit more authentic.  His long machine gun as an action figure brings in justice.

Laird James McCullen Destro XXIV, aka Destro continues to lead M.A.R.S. Industries in ever more pursuit of Profit even if it means supply Cobra with the weapons to take on the Joe's team.  He's always despised the Cobra Commander but also kept the alliance so as to build MARS' profits regardless of the canal's he has to swim through. 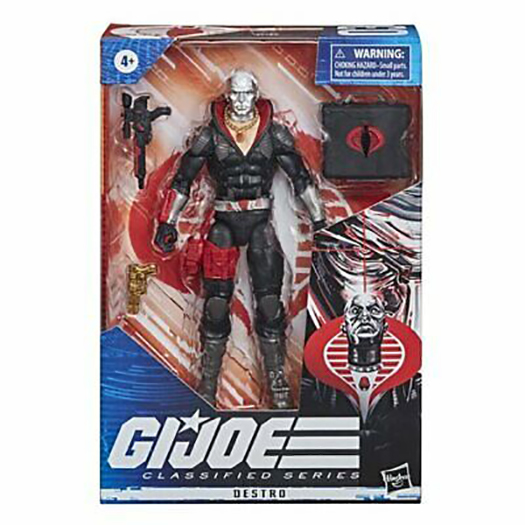