Aloha - so over the years we've done really well with Star Wars the Vintage Collection, our customers tend to be those of us who are a little older who want their cards in collector condition but don't want to pay an arm and a leg for it. That's really our "core" customer, let's face it if you wanted the cheapest price you'd roll the dice with Billy from the Warehouse over at Amazon or the 3rd party provider at Hasbro Pulse. For a dollar more here you get figures with crispy corners no hassles and guaranteed satisfaction with card condition. Our website customers get "first dibs" on the best quality available. So when Hasbro announced they were running out a 3.75-Inch line of Retro Marvel Action figures - we were super excited.

We love the simplicity of these figures - they are made the way God and Stan Lee originally drew them for Marvel Comics series and they bring up a high level of Nostalgia for us (and our customers as well). Not only that but with an MSRP of 13.99 they hardly break the bank. Each figures has 6-8 points of articulation – quite frankly I wish they included some more accessories but the blister cards and the artwork here is such a nice gateway to the past. The Kenner style …just spells action figure in the minds of so many. Each wholesale box contains 6 or 7 different figures but 8 figures total so two are “doubled up” or re-released which means you can probably hold off on these if you want to stretch your budget – though it’s also expected to be the most popular which means it’s likely to have a fair amount of customers trying to also get it.

We’ve Also included our “collectability rating from 1 to 10 , in terms of which figures have the best appeal per wave, totally subject just based on how we like the figure and card art combined as well as the most frequently requested by our customers. 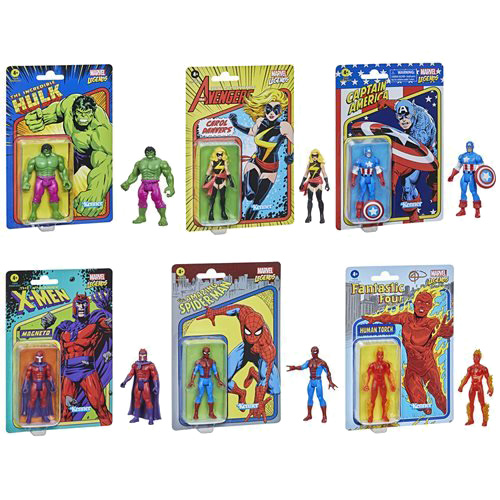 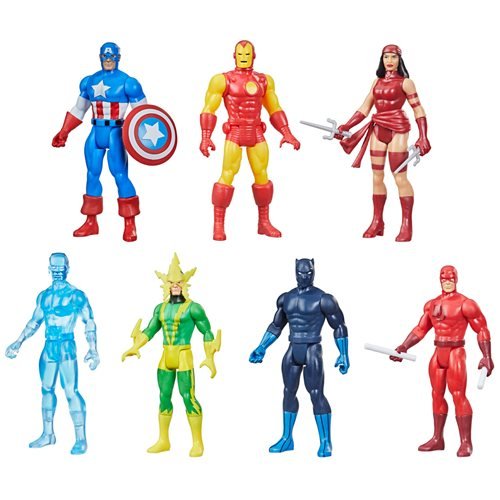 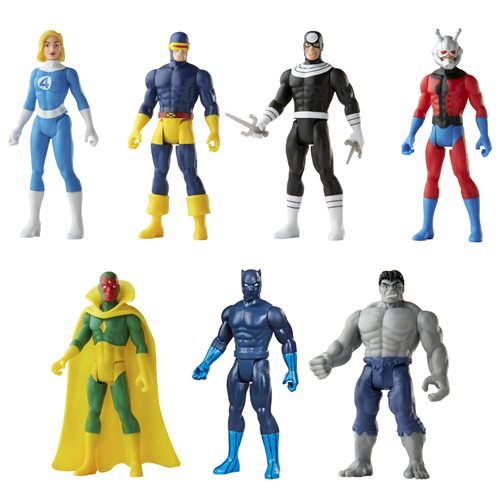 Unfortunately, we are not quite yet allowed to release which figures are involved – or show pictures just yet, but some goodies and yes we will have it and plenty of them.