Wow oh Wow what a collection of Die-Cast 1:64 figures from Hot Wheels, Car Culture, Character Cars, and toy series I’m not even really sure where to begin. So I’ll begin with a general reminder that our Hot Wheels ship free and it’s Buy 4 get the 5th free, this is a great time to stock up and collect.

“Toys” Meant to be played with

Scary Cars. I’ll start off with the “Toys” these two are not really for “collectors” as much as they are for the kids in all of us. Mattel’s 2019 “Scary Car Lineup has some good ones right now the most popular ones for Halloween are Altered Ego and Power Rocket 5 of 6 and 6 of 6 in the series though my favorite is Torque Screw. 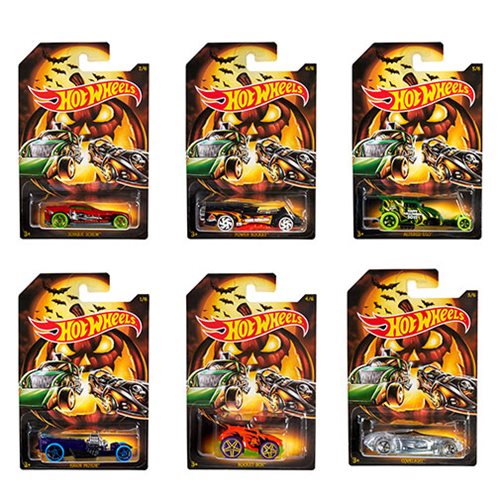 Monster Trucks 1:64. We have the releases for Wave’s 10, 11, and 12 all the new releases are priced at 14.88 which includes free shipping (these are a little bulkier than most Hot Wheels) but they are perfect size to smash and crash for those with active kids who may …eh like their Hot Wheels going full speed into the wall. These are really perfect for ages 4-8 in my opinion as they have great character deco , oversized wheels, and work with many of the Hot Wheels tracks. 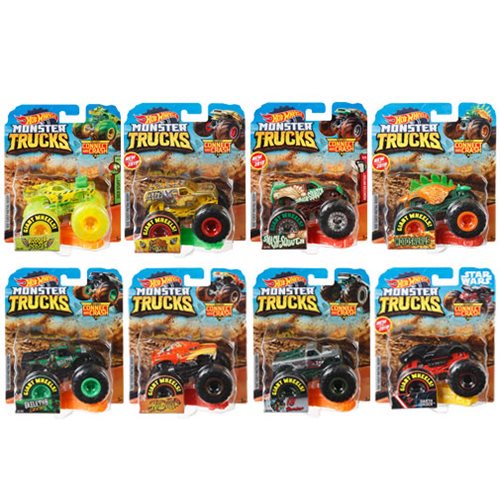 Character Cars. A Couple resent releases of some character cars are now in stock celebrating Disney’s 2019 characters and the hit film Toy Story 4. Our Toy Story 4 is wave 2 for those looking to complete their sets we have: 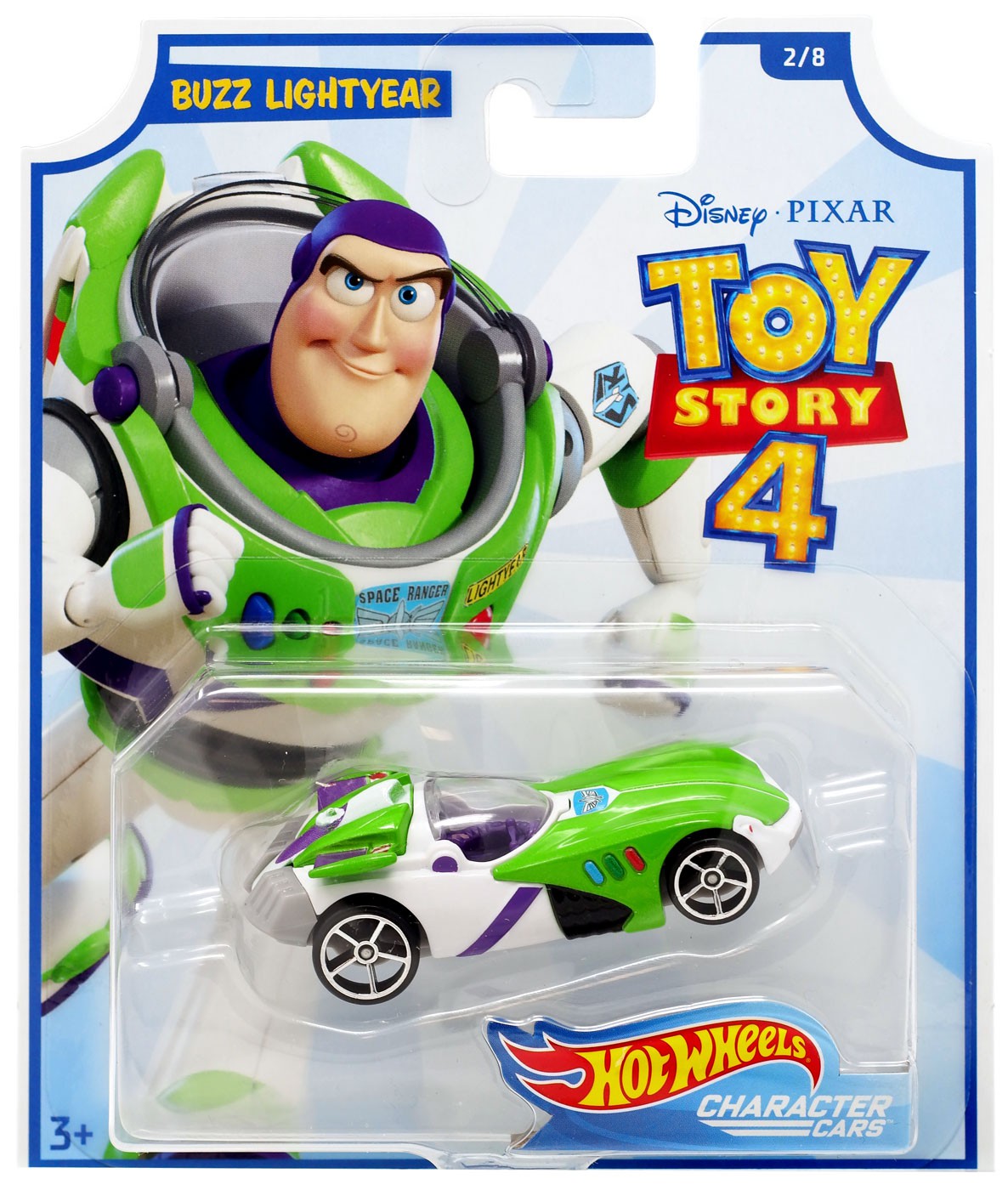 Desert Rally (Case 956K). These cars look so good I actually thought about wanting to go to the desert and drive the Baja Rally….then I remembered I really hate deserts and there are not too many creature comfort’s out there. But how do you not look at the ’88 Jeep Wagoneer (3 of 5 in this set) and not want to wear out the suspension over a sand dune? Or my favorite the Volkswagon Baja Bug (5 of 5) I can’t imagine the fun you might have racing that one. Desert Rally also has a little something for collectors of all ages, for those whose memory is a bit longer than mine the 1970 Oldsmobile Plymouth modeled after the original desert warrior is the Baja Bruiser in old school metallic red it blends in perfectly. Two power trucks round out the series and are turning into the hardest to find in this series (unless of course you shop here at Keenga Toys) the 1980 Dodge Macho Power Wagon and the “King” of the set brand new from Michigan assembly lines (the real version) is the 2017 Ford F-150 Raptor black with red stripes she looks awesome! 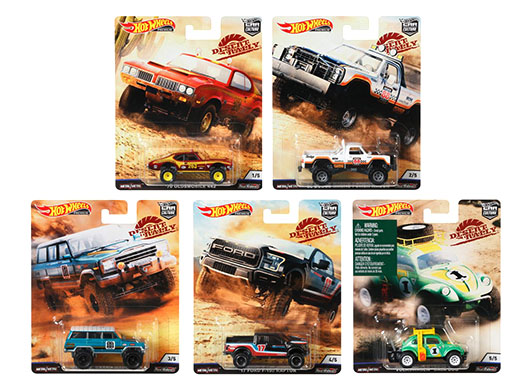 Street Tuners (Case 956L). While I don’t approve of street racing, it’s hard to deny the appeal of supped up racers and that’s what is being celebrated with the 2019 Street Tuners wave for Car Culture. I’ll try to add a little breakdown here: If you are a fan of the “classic” racer this Nissan Silvia S15 in pure white probably fits the bill 1 of 5 in the series, the Silvia owes much to Nicholas Cage for making it so popular. I see more 2 of 5 out there and if you are/were an actual street racer in a misspent youth the 1995 Mazda RX-7 in bright yellow is iconic to the California / Hawaii street show scene. My personally I love the simplistic but speedy 1996 Nissan 180 SX the 1:64 scale may not fully do it justice but this was just an elegant power machine from my youth. Some customers are having a bit of difficulty finding the Honda S2000 as allocations are coming up short in many areas on the Silver bullet. If you want the Pandem…get it now it’s going fast the Subaru BRZ Pandem is 5 of 5 in the series in electric blue and exceptionally hot in terms of sales so don’t hesitate to snap up high quality ones. 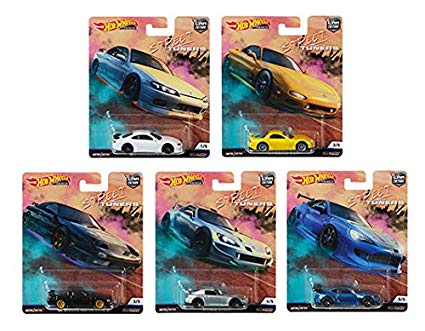