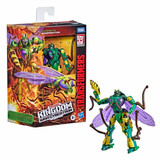 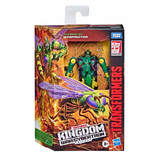 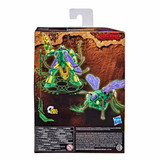 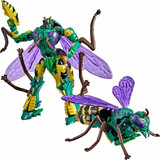 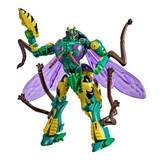 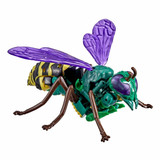 Waspinator... terrorize! The activation command for this Predacon agent strikes terror in the hearts of Maximals everywhere... or it would, if they weren't giggling. He may not be the best warrior, but he's loyal. This awesome Transformers War for Cybertron Kingdom Deluxe Waspinator changes from bug to robot and back again, and comes complete with a blaster that absolutely will stop the Maximals, really, we swear, and Rattrap won't blast him and steal his parts. But seriously, we love this guy, and you will too - there's a reason he was one of the most memorable characters on the 1990s animated series! You'll love having this figure on your desk, scheming with Megatron, being teased by his teammates, or perhaps just having him possessed by the ghost of Starscream. For ages 8 and up.

Recommended Age:
8 and up