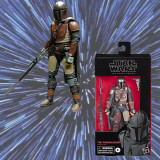 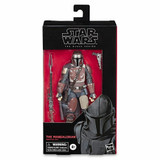 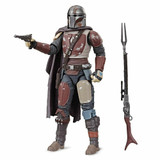 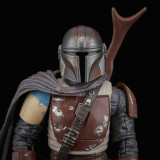 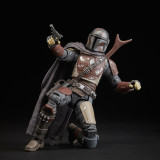 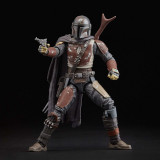 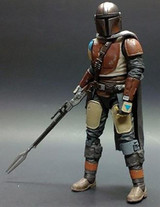 It doesn't come more "awesome" than the Mandalorian, John Favreau's series is THE HIT in the Star Wars series. The 6-inch scale Black Series figure is detailed to look like the character from The Mandalorain Star Wars Live Action series on Disney+, featuring premium detail and multiple points of articulation. Kids and collectors alike can imagine "Mando" running around protecting baby Yoda, being hunted by bounty hunters, or running with IG-11 with this premium figure from Star Wars The Black Series! With exquisite features and decoration, this series embodies the quality and realism that Star Wars devotees love. Star Wars The Black Series includes figures, vehicles, and roleplay items from the 40-plus-year legacy of the Star Wars Galaxy, including comics, movies, and animated series.

Recommended Age:
4 and up

Product was exactly as described. The item shipped out fast and was delivered before the estimated delivery date. Very happy with the purchase. Would recommend to others and would buy again from here.