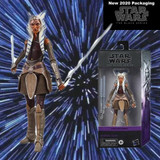 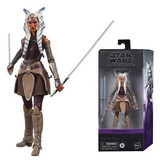 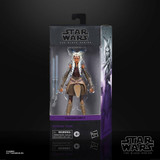 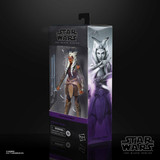 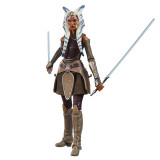 Ahsoka Tano as depicted in the Dave Feloni CGI series Star Wars: Rebels.  While we first met Ashoka back in The Clone Wars, as a padawan of Anakin Skywalkers, by the time of Rebels Ahsoka's role has changed. She's the shadowy Fulcrum who guides the Resistance's early days with stolen empiral information, gives Ezra assistance when cornered by her old master Lord Vader, and teaches Kanan a thing or two about the force. Decidedly still not a Jedi but very much on the side of the good guys, Ahsoka Tano 6-Inch action fgure features her iconic twin lightsabers. The "all-grown-up" Togruta locks have great blue and white detail as well, for ages 4 and up.

Recommended Age:
4 and up